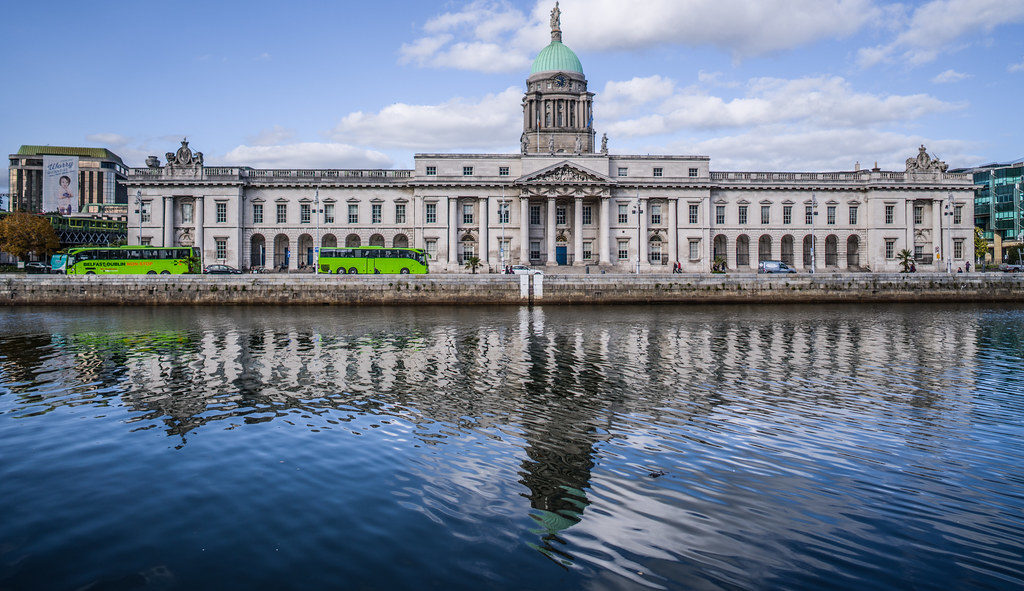 Customs House (1791 Designed by James Gandon who also designed the Four Courts and the extension to the College Green’s Parliament House. This neoclassical building has four monumental facades and a towering statue-top dome; which is a darker shade after reconstruction, after being set alight during the Irish War of Independence. Irish sandstone was used rather than the originally sourced English sandstone in the reconstruction.